Two are football programs have been chosen for a sponsorship opportunity through the Indianapolis Colts, the NFL Foundation and True Impact Football.

The National Football League Foundation, in partnership with the nonprofit initiative True Impact Football, announced that they will sponsor 320 high school football programs (10 for each NFL club). Through the sponsorship, these schools will have access to football coaching education, player development and fundraising resources.

Among the ten schools sponsored by the Indianapolis Colts are Caston and Winamac.

“We are thrilled to be leveling the playing field for these programs and are convinced that investing in the football coaching staffs of these teams will have a long-lasting impact,” said Roman Oben, NFL Vice President of Football Development.

Each of the NFL’s 32 clubs selected 10 eligible schools to sponsor in their local area.

The full coaching staff from schools will gain access to:

“We believe every player, team and community deserves a great football coach,” said Josh Peterson of True Impact Football. “We’re convinced supporting football coaches in these under-served schools will go a long way in impacting not only the players but the broader communities as well.”

The opening week’s pairings have been announced for the 47th Annual IHSAA Girls Basketball State Tournament presented by the Indiana Fever and Indiana Pacers.

Sectional games are scheduled to begin Tuesday, Feb. 1, and run through Saturday, Feb. 5, with the regional round slated for Feb. 12 and semi-states on Feb. 19.

The four state championship games that make up the state finals will be played at the newly-renovated and renamed Gainbridge Fieldhouse in downtown Indianapolis on Saturday, Feb. 26

At the 2A sectional site at Lewis Cass, Rochester (15-7) will open tournament play on Tuesday in the lone quarterfinal game that night.  The Zebras will play #12 Pioneer (17-4).

Pioneer is led by one of the state’s top scorers.  5’6” junior Ashlynn Brooke averages 25.7 points while dishing out 6.5 assists per game.

The winner of the Rochester – Pioneer quarterfinal will play Wabash (7-13) in a Friday semifinal.

In the 3A sectional hosted by NorthWood, Tippecanoe Valley (14-6) will play the host Panthers (3-21) in Tuesday’s quarterfinal.

The winner will play Wawasee (10-11) in a Friday semifinal.

North White will host a 1A sectional that opens on Tuesday with a single quarterfinal game.  #12 Caston (15-5) will play Frontier (8-10).

The Caston – Frontier winner will play Tri-County (8-9) in a Friday semifinal.

Culver will also host a 1A sectional.  Tuesday’s opening quarterfinal will pit LaCrosse (13-6) against Oregon-Davis (4-12).  The winner will meet West Central (4-13) in a Friday semifinal.

The winners of the Wednesday games will meet in the other semifinal.  On Wednesday, Trinity Greenlawn (8-9) will play Argos for a second time.  Argos (11-7) won the November 19 matchup, 49-22.

The newest addition to the Northern League has officially been announced as the Lake County Corn Dogs. The team will be based in Crown Point and will compete at Legacy Fields at Center Ross Park. Its new motto will be “building community through baseball,” and a combination of local and out-of-town talent will make up its roster.

The name “Lake County Corn Dogs” was chosen by the public after a naming competition that was held late last year. Team representatives and local officials expressed their enthusiasm for the launch of the new franchise.

“Crown Point is an ideal location for our league’s latest expansion franchise in South Lake County. This community is incredibly sports-friendly, welcoming, and an ideal location for affordable family entertainment like Northern League baseball. With the official announcement of the Corn Dogs name, we want the community to know they now have professional prospect level talent playing right in their backyard. We’re very excited to invite everyone to the Legacy Fields at Center Ross Park field this summer for a fun night of baseball and family,” said Northern League President Don Popravak.

“The addition of a pre-professional team like the Corn Dogs is an excellent complement to the wide variety of youth and adult sports throughout our community,” Mayor David Uran said. “The new team will further enhance the stellar quality of life in Crown Point, and we’re excited to welcome the Corn Dogs.”

Speaking on the announcement of the team’s official name, owner Ralph Flores said he was thrilled that members of the community chose such an appropriate and fun title for a new Northwest Indiana-based franchise.

The new Lake County Corn Dogs will begin competing during the summer 2022 season.

The Indiana Basketball Hall of Fame has announced the three recipients of their “Gifts of the Game” scholarship program.

Madison Axsom of Elkhart High School, Carson Dibble of Columbus North, and Bailie Stephens of Warsaw have been selected as the recipients of four-year renewable college scholarships worth up to $4,000 each.

Bailie Stephens has been a four-year varsity letter winner on the Girls’ Basketball team for Warsaw Community High School.  Helping to lead her team to combined record of 61-28, Stephens earned Honorable Mention All-Area honors in basketball while also participating in Cross Country for the Lady Tigers and Equestrian.  Her success on the court is mirrored in the classroom, earning Honor Roll honors each year at Warsaw H.S. and is an active member of 4-H.  Stephens is also a volunteer at her local YMCA as a Youth Development officer and works in Basketball Development.  The daughter of Melanie and Robert Stephens of Warsaw, Stephens plans to continue her career at Lawrence Tech University.

Madison Axsom is a four-year varsity basketball starter and team captain for Elkhart High School Girls’ Basketball team.  On pace to eclipse 1,000 career points, Axsom’s on-court success is recognized through her nomination to the Prep Girls Hoops 2021 NIC Watch List and District 1 IBCA Player of the Week.  In addition to basketball, Axsom is captain of the Lady Lions for both Golf and Track & Field, earning numerous accolades for the latter including All-Conference, Team MVP, and consecutive appearances at the State Track Meet for the 4×100 meter relay and High Jump.  She is an active contributor in the community and classroom as well, holding positions in the Student Athletic Council, Student Government, National Juniors Honors Society, Habitat for Humanity, and volunteers at Upwards Basketball League refereeing and Firehouse Christmas with Santa.  She is the daughter of Mary and Jarid Axsom of Elkhart.

Carson Dibble is a four-year basketball player at Columbus North High School. and starter his senior year.  Earning varsity letters in both basketball and football, Dibble additionally contributes to the Bulldogs’ Unified Track & Field team.  Beyond athletic accomplishments, he is an active member of the Foundation for Youth Boys and Girls Club, and volunteers for Toys for Tots, the Alzheimer’s Association, and mentoring younger students.  He is the son of Greg and Rita Dibble of Columbus.

The “Gifts of the Game” scholarship program was created to recognize high school seniors who have been involved in Indiana high school basketball as a player, manager, statistician, student trainer, or other similar role with consideration given to their scholarship, leadership, and extra-curricular activities.

The name “Gifts of the Game” is a nod to both the financial gift Indiana high school seniors will be receiving, as well as the benefits basketball has played in the lives of those associated with the Indiana Basketball Hall of Fame and this program.  In its 3rd year of existence, $23,000 in college scholarships are available this year through the program.

Funded through the 2nd largest private donation in Indiana Basketball Hall of Fame history, the scholarship fund is open to further contributions to increase the amount and number of scholarships given.

Interested donors may contact Chris May, Indiana Basketball Hall of Fame executive director at chris@hoopshall.com or (765) 529-1891 or Trip Lukemeyer, Development Director at trip@hoopshall.com or (317) 983-4667 for more information or to make a contribution.  Contributions may be sent to Indiana Basketball Hall of Fame, One Hall of Fame Court, New Castle, IN 47362 with an appropriate note in the memo line.

Caston picked up its eighth boys basketball win of the season in convincing fashion Tuesday at Rochester, 54-24.

It's been a great season for Argos.  It would be perfect if it weren't for Bremen.

Argos had its 10-game win streak snapped by Bremen in the opening round of the Bi-County Tournament in a game that went four overtimes, 66-64.  The last loss for Argos was in the season opener, again to Bremen, 52-35.

In other first round tournament games

Benton Central (20-0) stayed unbeaten with the home win over the Comets.

Argos (9-1) won its ninth in a row after a season-opening loss at Breman.

Bryce Rudicel scored 14 as the Comets jumped out to a 17-5 first quarter lead.

Caston (6-4, 2-0 Hoosier North) has won three in a row and five of its last six games.  The only loss in that stretch was to undefeated 7th-ranked (3A) Peru in the Miami County Tournament.

Caston and Winamac sit atop the Hoosier North with 2-0 conference marks.

The Indiana Pacers today announced the team has signed guard Lance Stephenson to a second 10-day contract under the NBA’s COVID-related hardship exception. Per team policy, terms of the deal were not disclosed.

The Pacers signed Stephenson to an initial 10-day contract under the NBA’s COVID-related hardship exception on January 1, 2022.

Caston has won three straight and five of its last seven games.  The only losses in that stretch were by four points to a 12-win Pioneer team and by two points to Knox (10-9).

Caston is being led in scoring by sophomore Isabel Scales (13.7 ppg) and senior Maddi Smith (12.7 ppg).

Benton Central is 19-0.  Add to that, the Bison are doubling up their opponents in season scoring average.  Benton Central averages just over 62 ppg while allowing less than 32 on the defensive end.

On January 6, the Bison escaped McCutcheon with a double-OT win, 50-44.  It's only the second time in 19 games that an opponent has been within single digits.  The other was a November 20 Lafayette Tournament championship game win over Twin Lakes, 44-37.

This morning, INDYCAR and Motorsport Network announced the launch of the first-ever Global INDYCAR Fan Survey. We are excited to hear from our fans on a wide range of topics, including their favorite drivers, teams, and racetracks; while also learning more about their viewing habits, race attendance, and opinions on future changes to improve the sport.  Additionally, we’ll gain insight into their views around important subjects outside of racing such as sustainability, diversity, and inclusion.

You can visit the survey HERE.

The survey will be available globally via the Motorsport Network in 11 languages and fielded through January 28, 2022. Following the close of the survey, INDYCAR will plan to share key findings prior to the start of the NTT INDYCAR SERIES season in St. Petersburg.   We look forward to gaining valuable input from this effort. 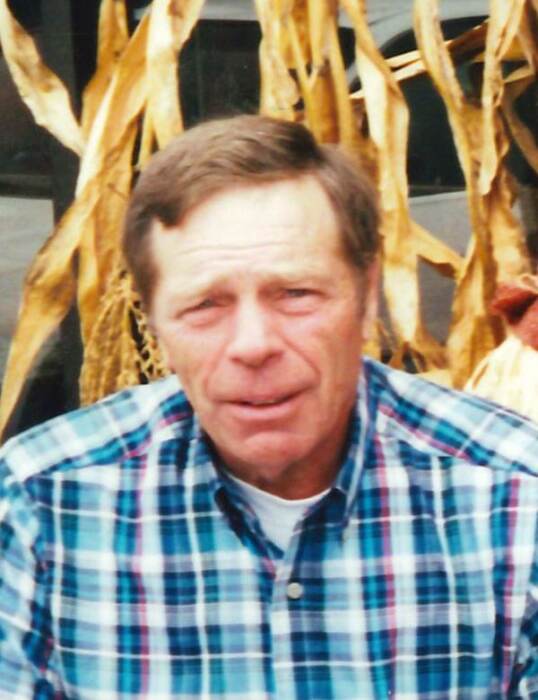 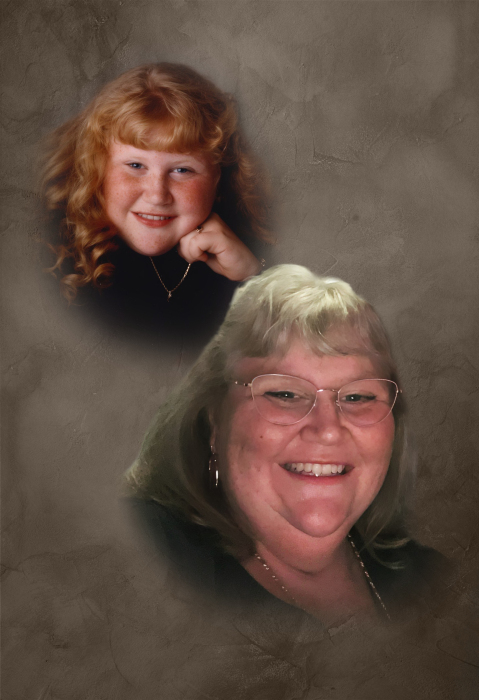