An Akron man is incarcerated in the Kosciusko County Jail following a late Friday afternoon collision.

Emergency personnel were called to the 9600 block of North State Road 19 for a crash involving a southbound pickup and an Amish buggy. Witnesses advised dispatchers that a black Nissan Titan fled from the scene after striking the buggy. 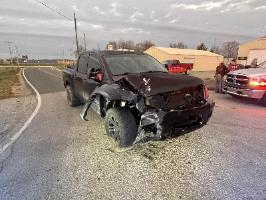 Deputies determined that the buggy was traveling southbound along the shoulder of the roadway; when it was struck from behind by the Nissan. The force of the impact caused catastrophic damage to the buggy operated by  Wayne Hochstetler, 45, of Milford.  He was treated and released at the scene.

A juvenile female was airlifted from the scene to the Parkview Regional Medical Center.  At last report, she was in stable condition.

Concerned individuals subsequently reported witnessing erratic operation of the Nissan in southern Kosciusko County. Law enforcement units immediately converged on the area. An officer with the Akron Police Department located the suspect pickup near Athens in Fulton County. Kevin Alan Swihart, 30, of Akron, was taken into custody without further incident. 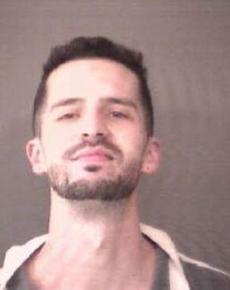