Posted About One Year Ago

Fulton and four surrounding counties have unemployment rates less than the state average in the latest report from the Indiana Department of Workforce Development.

Indiana's unemployment rate in November was 2.1%.  (According to the map below) Fulton County's 2.0 percent is down four-tenths of a point from the previous month.

Cass (2.2%), Starke (2.4%) and Miami (3.0) counties also experienced individual decreases from October to November but stayed above the state's rate. 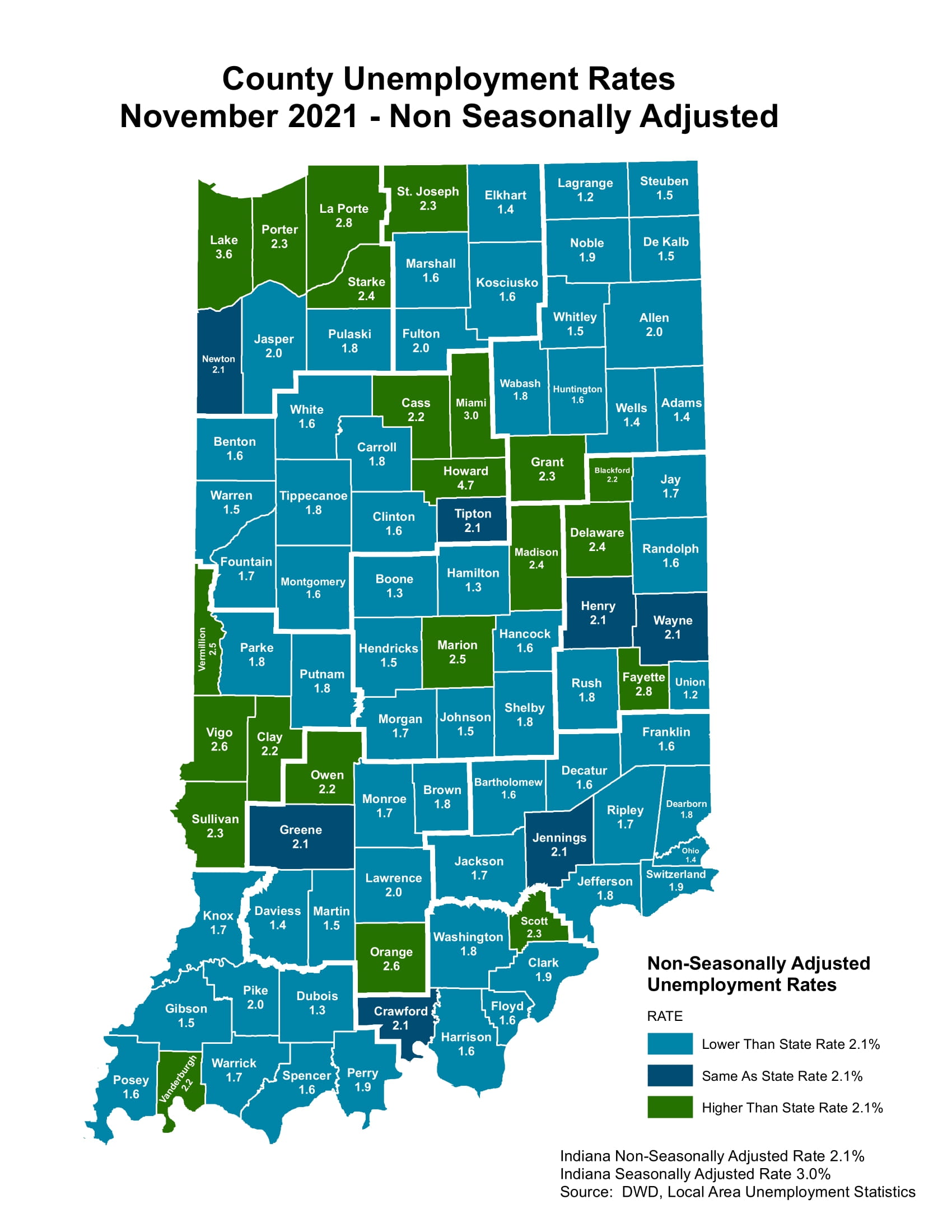