Posted About Two Months Ago by Shelby Lopez

The local nonprofit organization Full Tilt Arts has brought state-wide attention to Rochester recently, as they currently wrap up the final touches to the second Potawatomi mural on West Eighth Street, behind Webb's Family Pharmacy. 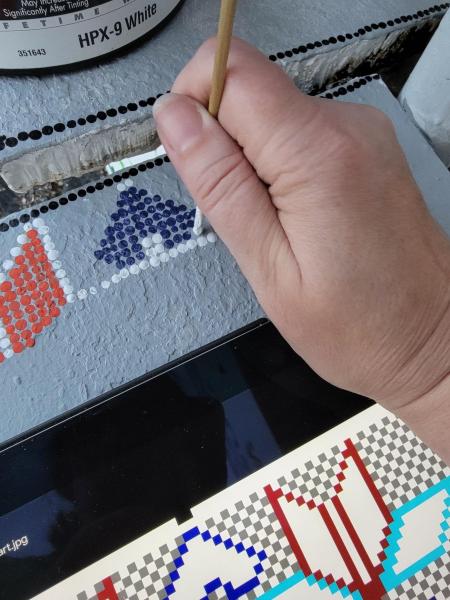 Founder and President of Full Tilt Arts, Christine Walsh and artist / board member Erica Coffing have put in most of the elbow grease behind the art, but did invite the public to participate in some of the finishing touches. 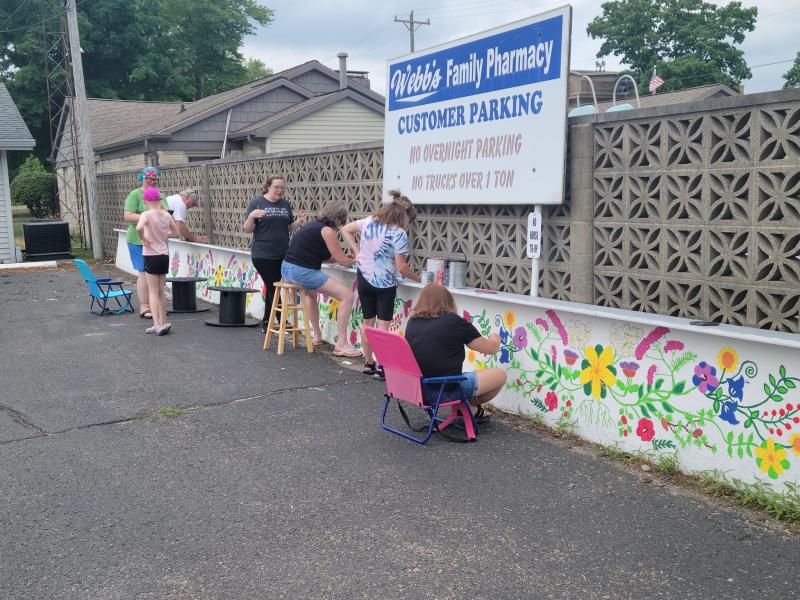 Prior to starting the Potawatomi murals, Walsh worked with the Citizen Potawatomi Nation in Oklahoma to make everything as accurate as possible, in turn getting their blessing to honor the history of the Potawatomi's in Fulton County.

Nearly 850 Potawatomi tribe members were lined up single file down Rochester's Main Street on September 5, 1838, before being forced to walk to Kansas. The mural representing the 3, 320,000 steps taken by each person was completed last summer, in the east alley of Main Street's 700 block. The current mural being behind the pharmacy helped shape the second theme.

Full Tilt Arts recently announced the murals were being featured as one of the destinations in Visit Indiana’s Arts & Culture Passport.

The organization credited the community for helping Rochester get 'on the map' as an up and coming arts destination, by embracing their beautification project started three years ago.

You can find more information about the digital passport by visiting their website at www.visitindiana.com, where Full Tilt Arts is listed under the public arts tab or click on the direct link at https://bit.ly/3ndF0a4.