Work is continuing at the Times Theater in downtown Rochester.

The Times held a sneak peek grab-and-go lunch on Tuesday, August 9, where the public was welcome to take a tour of the progress and hear about the work still to come.

The venue originally held 700 people, but with new regulations will now have a maximum capacity of 400 people.  The seating has been spread out to allow more leg and elbow room for anyone enjoying a show.  The floor will be cleaned and repainted and new carpet put in the aisles.  The plan is to have the seating stop in the same place that the original seats did, leaving an open area in front. 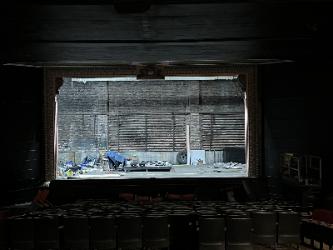 The venue will also now have a designated area for wheelchair access as well as a VIP Lounge that can fit about 60 people.  The plans are to have the VIP Lounge act as different things depending on the event that is taking place at that time.  The VIP Lounge could be converted into an area for children to sit for a sing-along, a small performance area, a bar, and many other things. 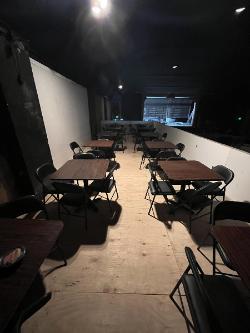 As work continues, the walls will be receiving spray foam.  That work will be done by The Insulation Guys, LLC of Rochester. 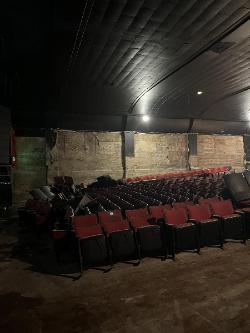 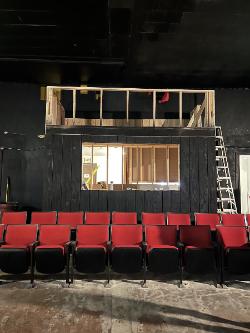 Work has begun on the marquee; the old light sockets have been removed and everything cleared out ahead of sandblasting that will take place the week of August 15.  A digital marquee will now be in place that will showcase what events are happening at the Times as well as throughout the community.  The chasing lights around the sign will be making their return as well.  The digital side of things will continue inside the Time Theater lobby with monitors that will showcase the same events that will be seen on the outside, as well as other possibilities.

The plan for the Times Theater is still to open the weekend of the Chili Cook-Off and Red-Hot Car Show, October 8, 2022.