Sunday's gloomy weather didn't stop 25 people from gathering in Lake Bruce Sunday to honor and reflect on the 21 year anniversary of the 9/11 terrorist attacks.

The annual Lake Bruce tradition was started twelve years ago by retired Valparaiso Fire Chief Joe McLees, who moved full time to the lake in 2010. 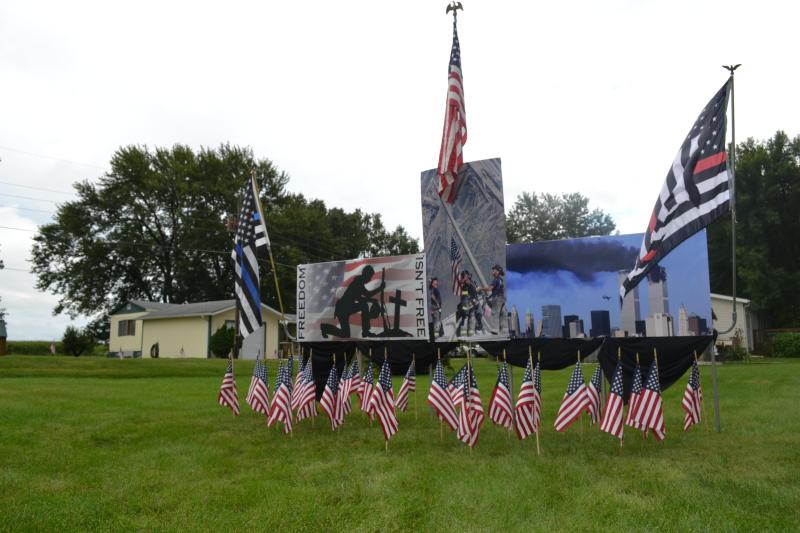 Setting out a memorial in his yard and lining the road with American flags, McLees holds a full ceremony each year at the corner of Valparaiso Street and Pontoon Drive. The ceremony, led by McLees, includes a memorial speech, words from others in the community, the ringing of bells, a reading of the chronological order of events that occured on 9/11, and a moment of silence. 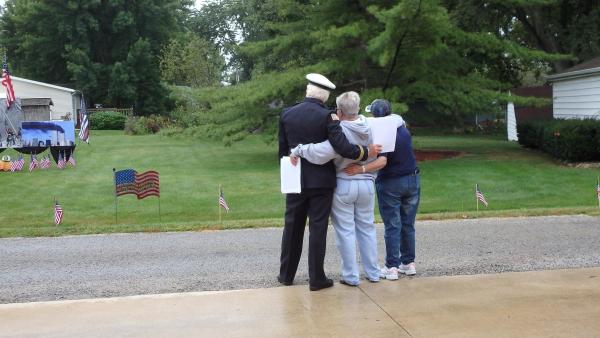 At 9:59 am, the time the first World Trade Center collapsed, a recording of taps played over a loud speaker. Following the taps, a recording of 'Amazing Grace' on bagpipes was played - a song also played at all firefighter's funerals. The ceremony finished with a recording of 'God Bless America', that typically ends in the crowd singing along. 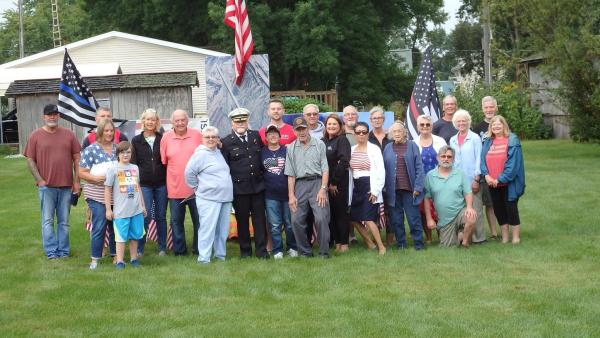 McLees said normally  the memorial grows a little more each year, with community members joining in and adding their own contributions. This year's ceremony had about half in attendence compared to last year, most likely due to the weather conditions. McLees said rain or shine, whether it be 50 people or just one person attending, he will always continue the public ceremony and memorial to honor all who lost their lives from the deadly attack September 11, 2001. 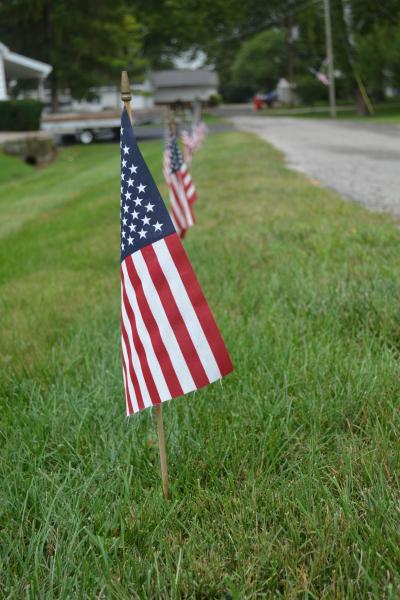 Among the almost 3,000 killed during 9/11,  415 were emergency workers who had been responding to the scene at the World Trade Center. Being on the Valparaiso Fire Department for 36 years, McLees says he hopes the sacrifices made that day will never be forgotten.