KGP in Warsaw says it is closing its manufacturing facility.  Nearly 200 people will lose their jobs.

The Minnesota-based company submitted a WARN notification to the Indiana Department of Workforce Development.  The company cites a raw material shortage as the reason for the shutdown. 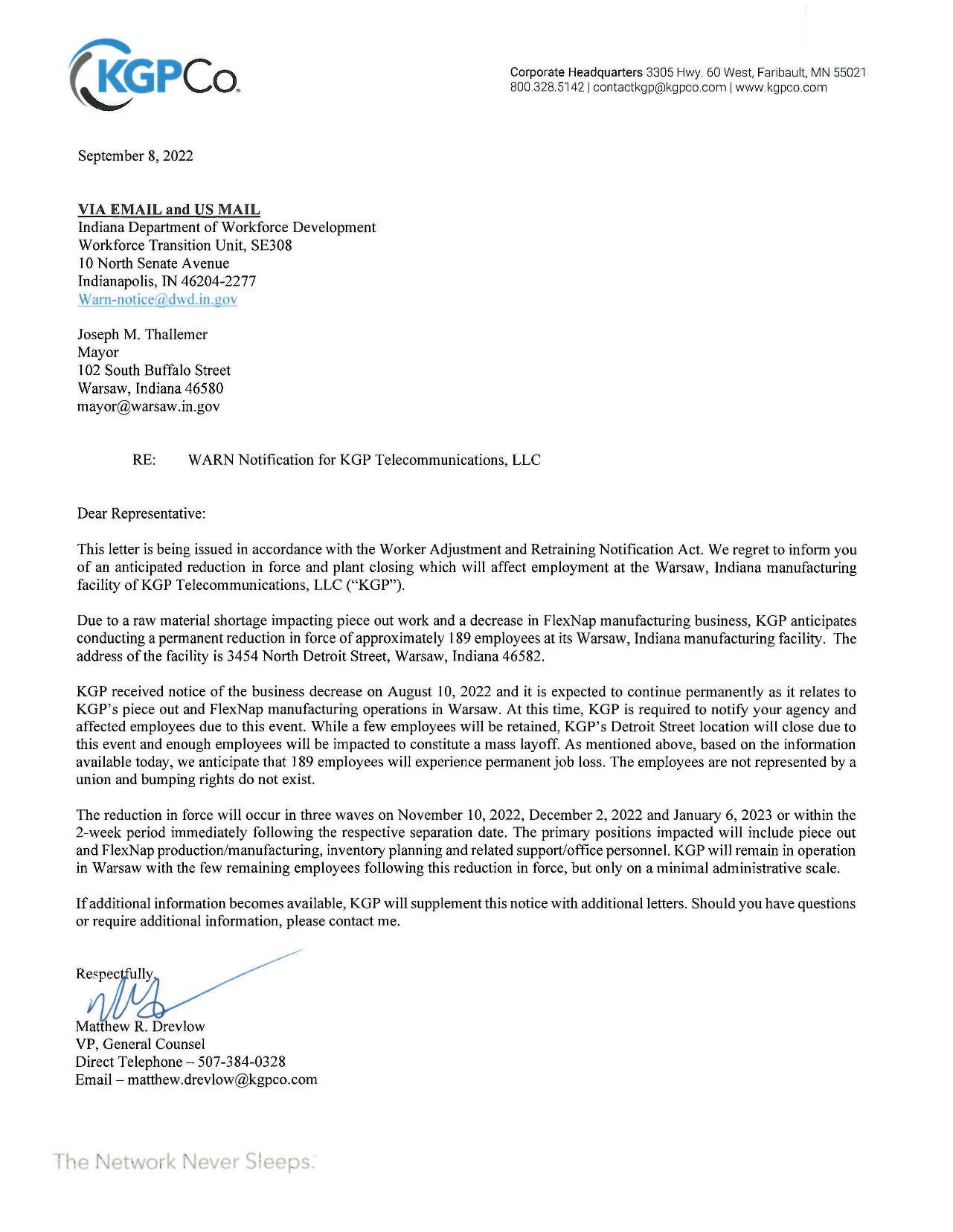 The layoffs are expected to be permanent.

It was just in January of last year that KGP announced it was hiring 200 people at the facility.

Three waves of reduction are planned with one each in November, December and January.