Warsaw Police report that even the most critical of injured from a semi-bus crash are now listed in stable condition.

Just after 8:00 pm Saturday, Central Dispatch notified patrol officers of reports of a tractor trailer with New Jersey registration swerving into other lanes and driving at excessive speed. Additionally, the semi was reportedly driving off the roadway as it was entering the Warsaw city limits westbound on U.S. 30.

Two minutes later, as officers were on their way to intercept, they were advised that the suspect semi had just struck a school bus at the intersection of Center St. and the bus was on its side. Multiple first responders converged on the intersection as it was quickly determined to have multiple injuries to youth. The semi driver continued west and came to a stop driving off the roadway into the ditch an eighth of a mile from the intersection.

The semi struck the bus in the right rear. Based on initial investigation, it is believed at least one of the juveniles was ejected from the bus as it made a left or northbound turn onto Center St. from the eastbound left turn lane. Officers and other emergency personnel began attending to multiple injuries from critical to minor. Confirming with eyewitnesses and a nearby surveillance camera, the semi driver disregarded a red light by several seconds before striking the bus during its turn. 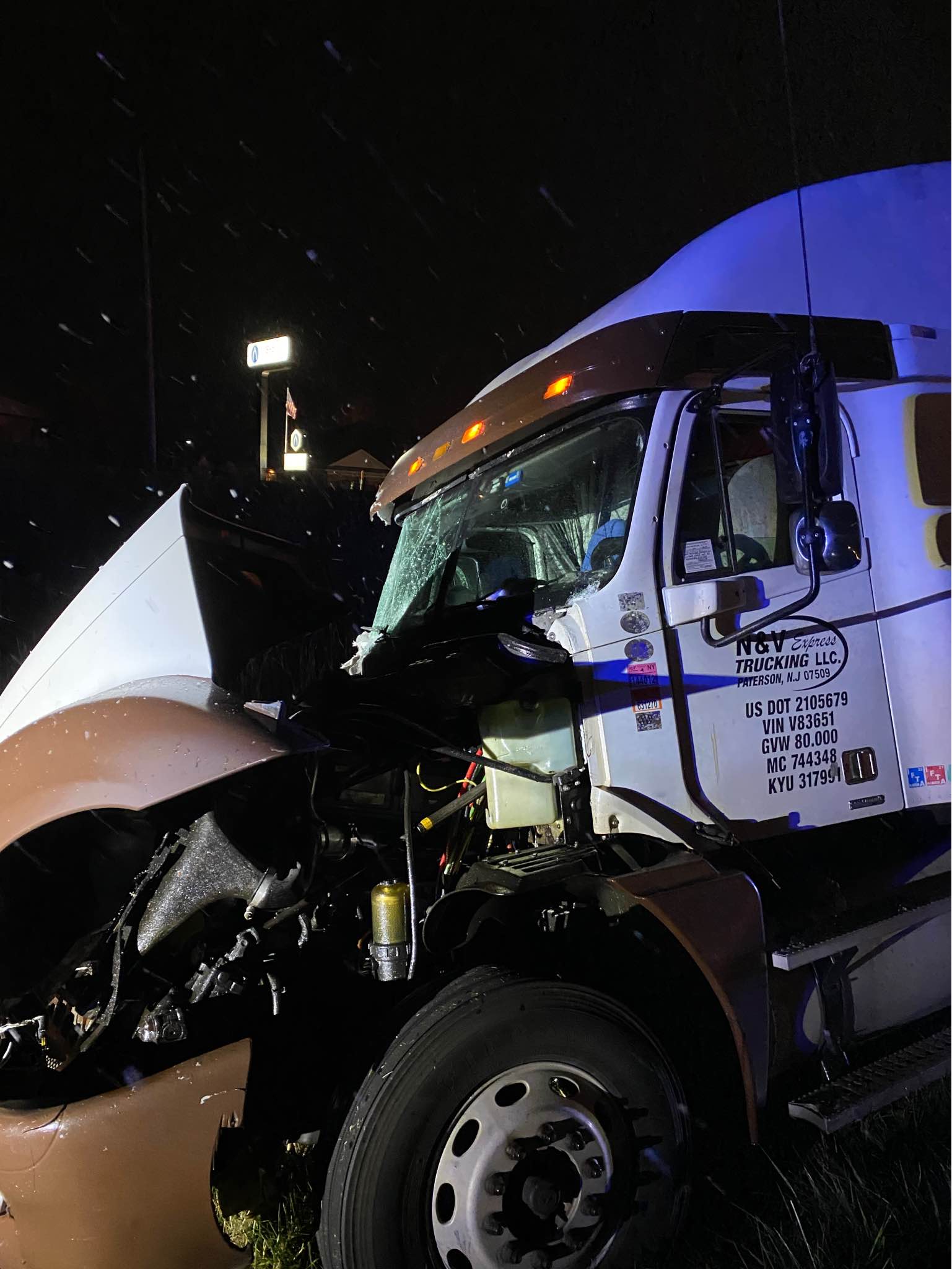 Upon contacting the semi driver, officers had reason to suspect alcohol was a factor in this collision. They detected a strong odor of an alcoholic beverage on his person and in the cab of the semi, as well as slurred speech. Warsaw officers began an OWI investigation. After failing standardized field sobriety tests, the driver was asked to consent to a chemical test but refused. A search warrant was applied for and granted, allowing officers to have hospital staff take a blood draw, which will be submitted for official testing.

The suspect, out of New York, is currently being held on a 48-hour hold put in place by the Kosciusko County Prosecuting Attorney’s Office for formal charges pertaining to Operating While Intoxicated, Causing Serious Bodily Injury, a level 5 felony.

Investigators found that the bus load of youth were in town to spend the night for a weekend hockey tournament taking place in Culver. After having dinner in Warsaw, they headed to a local hotel. The hockey team is from St. Ignatius College Prep out of Chicago.

In all, there were 23 students, two adult coaches, and the bus driver on the Illinois school bus. At this time, authorities have accounted for 16 injuries, three being very critical, and 10 considered with no injuries or sign offs at the local hospital.

Ages of the students range between 14 and 17 years old, with most children 15 years of age. All family members have been notified of this accident. The bus driver, in cooperation with investigators, consented to a blood draw due to the seriousness of this collision.

This is still an active investigation and additional charges may be added or enhanced based on the outcome. The suspect in custody has been identified as Victor Santos, 58, of Brooklyn, New York. He was operating a truck and trailer out of the state of New Jersey.