Posted About Two Months Ago by Shelby Lopez

A LaPorte County father was sentenced November 29, after pleading guilty this past September for the beating and murder of his young son in 2021.

Sentenced to a total of 70 years, Alan Morgan, 29, will be spending most, if not all, of his life in prison for the murder of 4-year-old Judah Morgan. Having been placed with his biological parents, Alan Morgan and Mary Yoder, for a six month home trial through Indiana DCS in April of 2021, Judah was killed at their home in rural Hamlet on October 10, 2021, after months of abuse. 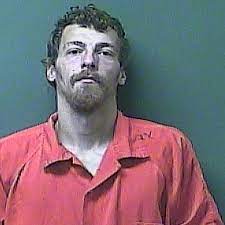 LaPorte County Circuit Court Judge Thomas Alevizos listened intently to the victim impact statement given by Jenna Hullett, the woman who raised Judah for over three years as a kinship placement guardian. Tearfully, Hullett asked the judge to consider life in prison, something Judge Alevizos said he couldn't promise. Taking a plea deal in September, life without the possibility of parol was removed off the table for Morgan. Charges for neglect of a dependent and animal cruelty were also dropped. Nevertheless, the 70 year sentence means Morgan will be 80-years-old before he is ever eligible for parol.

Forensic pathologist John Feczko shocked the courtroom as he spoke of the injuries he discovered on the toddler during his autopsy. In his 28-year career as a pathologist in Northwest Indiana, including Lake and St. Joesph counties, Feczko stated that Judah's autopsy was the worst case of blunt forced trauma he's ever witnessed on a child.

Sniffles could be heard from all directions of the courtroom as La Porte County investigator  Jacob Koch testified, giving a play-by-play of abuse captured on home surveillance cameras from the five days leading up to Judah's death. Rocking back and forth in his chair with an emotionless stare, Morgan refused two opportunities to give a remorse statement to the court. Judge Alevizos called out the father on his lack of remorse for not only the abuse Judah had endured, but also the trauma of the other three siblings who had to witness it.

"I thought about it for the last two days. What do you say to a person who beat their child to death? I couldn't," Judge Alevizos said to the court. "I hope one day he will be remorseful. One day."

Judah's mother, Mary Yoder is still facing two felony counts of neglect of a dependent. Yoder's pre-trial hearing is set for December 9. Her trial is scheduled to begin January 9, 2023.